The Trump Effect on U.S. Hydropower

The following post was co-authored by Tom Russo and Kleinschmidt Principal, Kelly Schaeffer.

The U.S. Army Corps of Engineers (Corps) could play a lead role in increasing the number of hydropower projects licensed at its navigation and flood control dams. The biggest challenge to realizing this is not the lack of legislation or new regulations, but rather the lack of experience and familiarity with the review of hydropower project proposals. The Trump Administration’s penchant for results over process may provide added incentives to both the Corps and the Federal Energy Regulatory Commission (FERC) to cooperate and facilitate more hydropower development at Corps dams. Successfully implementing a recently signed Memorandum of Understanding (MOU) between these two agencies is the key to success.

Lots of Dams with No Power 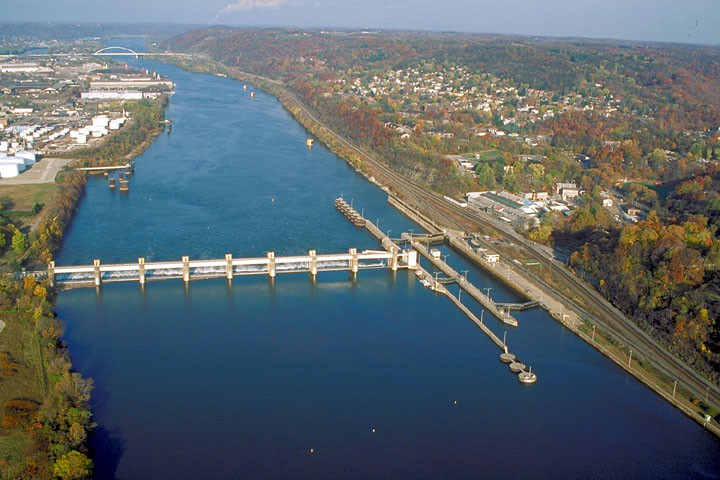 There are about 78,000 existing dams in the U.S. that don’t have hydropower according to the Department of Energy’s Oak Ridge National Laboratory study. While the public may not exactly consider hydropower in the U.S. as a “growth industry”, we have no doubt that President-Elect Trump's transition team will make him keenly aware of hydro's potential in making the U.S. energy independent, if not greener. We don't believe that there will be a hydropower rush, nor will environmental reviews be reduced. Instead, the new Administration will simply ask, "What are the obstacles for putting hydropower at existing dams that have no power and what can we do about it?”

Some of these existing non-power dams are operated by the Federal government to promote navigation, irrigation and flood control. For Trump, these dams may serve as a virtual "no brainer" and opportunity for those public and private entities wishing to develop green, electric power resources and contribute to America’s energy independence. The Corps dams that don’t have power facilities will always have navigation and flood control as a major goal; however, those priorities don’t preclude developing new hydroelectric power at these dams. It just means that any hydropower construction and operation is subject to the Corps’ processes and conditions. Navigation and flood control would still be the major project purpose and hydropower operations will be a secondary benefit.

Powering Existing Dams Is Not a New Idea

Congress and the Obama Administration have recognized the potential for adding hydropower to existing dams by passing the Hydropower Regulatory Efficiency Act of 2013. In addition, the proposed North American Energy Security and Infrastructure Act (S. 2012 and H.R. 8) also had hydropower at existing dams in mind. Unfortunately, S. 2012 and H.R. 8 did not make it out of conference and hopefully will be taken up by the next Congress and the Trump Administration.

On a brighter note and with the support from the Department of Energy’s Hydropower Program, in July 2016, the Federal Energy Regulatory Commission and the Corps signed a Memorandum of Understanding (MOU) that establishes a framework for coordination between the two agencies to facilitate a timely review and action on hydropower applications on existing Corps dams. This MOU lays out the process for both agencies, but an implementation program has yet to be established. The MOU recognizes that cooperation in preparing a single NEPA document can be used to efficiently review any hydropower proposal. Hence, both the Corps and FERC can fulfill their NEPA obligations and use one document to determine appropriate terms and conditions required under the Clean Water Act and Federal Power Act.

While getting federal agencies to work together may be cause for celebration inside the Capital beltway, it may fall short in a Trump Administration that is very results-oriented. It’s one thing to spend resources developing a MOU, but entirely another to implement it. We firmly believe that Trump’s emphasis over the next four years for all federal agencies will be to achieve results—using metrics and moving at the “speed of business”. He’ll want to know how many hydropower projects can be licensed at Corps facilities using the FERC-Corps MOU and how quickly these projects could be operational. Fortunately, FERC staff are accustomed to processing hydropower applications filed at Corps dams.  A bigger challenge and potential hurdle for Corps districts and hydropower developers is how the Corps intends to execute their review process under the MOU.  Implementation will not just happen. 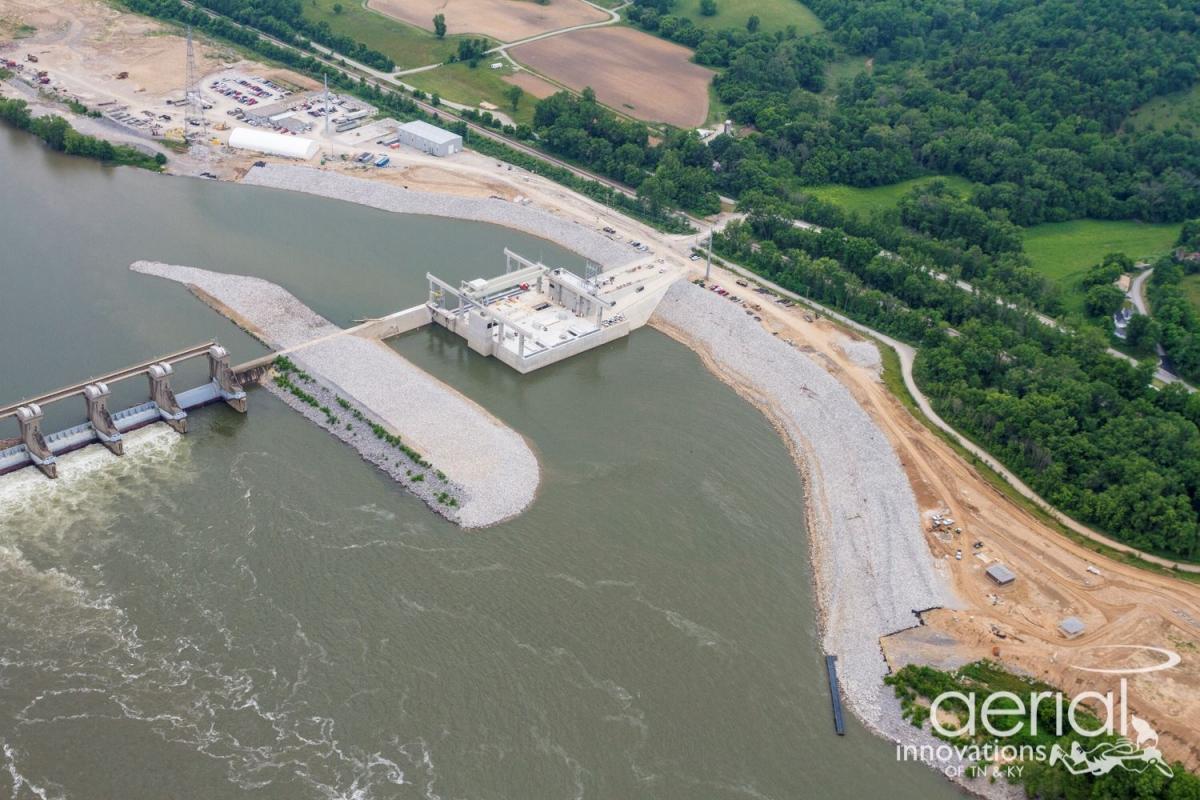 The Corps is a diverse organization with eight divisions and over 30 districts in the U.S. Each district follows certain guidelines on a national level, but they also have regional preferences and policies.  Due to the “decentralized” nature of the Corps, a knowledge and experience gap may exist at many district offices regarding the MOU and how it could be implemented to increase hydroelectric development in the United States.  Corps staff in many districts may not have much experience working with FERC and in some cases, only have limited understanding of the MOU. Also, hydropower developers may not understand what the Corps district staff will require to complete the licensing process.

Both the Corps and FERC must satisfy their review processes under Sections 404 and 408 of the Clean Water Act and Section 10a of the Federal Power Act, respectively. Additionally, FERC will take the lead for the NEPA review process under the MOU.  Luckily, we do have some success stories and lessons learned on Ohio River Corps dams that should help other Corps districts and developers alike. The City of Hamilton successfully applied to FERC for a license and added hydropower to a Corps facility. The City would probably attest to the fact that it was a lot harder than they initially thought. While a developer would realize savings because they won't incur the costs of building a new dam, they must design and construct a hydropower project so that it meets both the Corps standards and specifications, as well as FERC’s.

The Corps policy of cooperating with other federal agencies may be problematic and get in the way of successfully implementing the MOU. Here’s why. FERC normally prepares EAs, because it believes that it can mitigate most adverse impacts by conditioning the license with terms and conditions, including the Corps’ mandatory conditions. The overall result is a Finding of No Significant Impact or FONSI. FERC then would ensure over the term of the license that the hydropower operator is complying with the license terms.

In the above scenario, the EA would be prepared jointly by both the Corps and FERC. However, when you take a harder look how the Corps cooperates with other federal agencies, there is cause for concern. The Council on Environmental Quality’s 2016 survey shows that the Corps cooperated with other federal agencies in 50 percent of its EISs, but less than 1 percent of its EAs. In fact, the Corps reported that many of the EAs it prepared were “too quick or deemed not significant enough” for the Corps to ask agencies to cooperate or for the agencies to request to be cooperating agencies (CEQ 2016). So, unless the Corps districts change their policies on cooperating in the preparation of an EA with FERC, the MOU will not be successfully implemented.

So how do we move forward with implementing the MOU? Closing the knowledge and experience gap is key, but a “one-size fits all” approach is probably not a good idea. The Corps at the national level has already developed the MOU. The implementation will happen at the District level so each Corps District needs to take ownership of the Section 408 process that will be triggered when a hydropower application is filed and be familiar with the processes laid out in the MOU. Getting up to speed would align with President-elect Trump’s penchant for results and clearly be beneficial to the Corps and individual staff, as well as FERC staff. Training the Corps staff in implementing the MOU would be a step in the right direction. Hydropower developers require the same training.

The Corps is not the only group that needs to realign their processes and expectations. Potential developers and applicants should not fall into the “trash on time (TOT)” pit!  Some hydropower applicants think that 10 percent engineering drawings or subpar drawings will suffice for the Corps’ decision making. Wrong! While this info might be delivered “on time”, it could ultimately delay the engineering and environmental reviews—making the entire process tedious and frustrating to all stakeholders.  Fortunately, developers can address the TOT problem by good communication with the Corps to determine their expectations and submitting timely and quality materials the first time.

In summary, the FERC and Corps MOU has the potential to be a game-changer and could result in greener electric power projects and increased beneficial uses of our waterways.  Like all games however, without implementing the plays that are in the playbook, we can’t put points on the scoreboard.  The Trump administration will want to see numbers on that scoreboard.  Attracting applicants requires a thorough knowledge of how the MOU processes translate to on-the-ground actions.

We are ready to get the players not only reviewing and understanding the playbook but also getting excited about adding renewable energy to our nation’s energy independence portfolio!

Tom Russo, President of Russo on Energy LLC, is an Energy and Environmental Specialist with over 20 years’ experience in hydropower at the FERC. He provides strategic advice on hydropower and conducts training in Hydro 101 and FERC Hydro 101.

Kelly Schaeffer, Principal at Kleinschmidt Associates, has worked extensively with the U.S. Army Corps of Engineers as a cooperating agency. She has nearly 25 years of experience with implementing the NEPA process for the Federal Energy Regulatory Commission, the U.S. Department of Energy (DOE), and the U.S. Department of Agriculture- Forest Service.